What Is Autobiography Anyway? 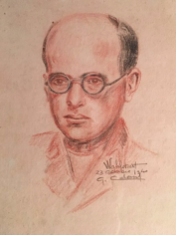 For anyone contemplating autobiographical writing, perhaps the useful place to start is to address two basic questions: “What is autobiography?” and “How does autobiography differ from other types of personal writing?” Philosophers and scholars have pondered these questions, and I shall begin by focusing on the writings of Georges Gusdorf,  a french philosopher and author of more than 35 books, and James Olney, a language and literary scholar and educator.

Gusdorf, in his 1956 essay “Conditions and Limits of Autobiography,” observes that throughout much of history there did not exist the notion of an individual self seeking to gain self-actualization and understanding. Instead man was seen as an interdependent creature, and the unique role of the self was neither valued nor even identified. Things changed somewhat with the introduction of Christianity, which portrayed an individual’s relationship to God as one where actions are judged and individuals are held accountable. But what really pushed the concept of self to a new level in Western civilization was the Copernican Revolution, after which we become freer to look at the “hidden aspects of individual being.”

Who may have written the first autobiography depends in part on how one defines autobiography. As Olney asks in his essay, “Autobiography and the Cultural Moment,” (title includes link) was it someone like Saint Augustine in his Confessions (c.400), or do we require that the work be in fact labeled or acknowledged as an “autobiography”? If the later then we must look to the late 18th century when the word came into being. Three elements of Greek, meaning “self-life-writing,” were combined, and Olney wants us to ponder: “What do we mean by the self (autos)? What do we mean by life (bios)? What significance do we impute to the act of writing (graphe) – what is the significance and the effect of transforming life, or a life, into a text?”

While autobiography has been with us a long time (even if not titled as such), that is not true of theoretical and critical literature about autobiography. That effort began in the 1950s. But, according to Olney, even up until the late 1960’s the auto (self) part of autobiography was seen largely as a neutral force. The auto was not viewed as introducing any relevant philosophical, psychological, or historical elements worth consideration.  Critiques of autobiographies were often limited to acceptable adjectives such as it was “charming” or dealt with the authors facts and truthfulness. Led by Gusdorf, it was not until the 1960s that questions and concerns regarding philosophical, psychological, and humanistic elements of autobiography came into greater prominence.

Thus by the 1970’s many scholars, often unbeknownst to each other, were seeing the power and impact of autobiography as a highly unique and valuable literary form. It is precisely because these important philosophical, psychological, and humanistic elements can be found in autobiographies, if one cares to look for them, that there has been a collective awakening to an interest in autobiography. Olney sees “something deeply embedded in the times and in the contemporary psyche” that causes so much current interest in the literary concept of autobiography.

Olney’s essay offers some straightforward, helpful definitions and observations on writing autobiography. “Autobiography is both the simplest of literary enterprises and the commonest. Anybody who can write a sentence or even speak into a tape recorder or to a ghostwriter can do it.” One reason autobiography can be undertaken by almost anyone “is because there are no rules or formal requirements binding the prospective autobiographer – no restraints, no necessary models, no obligatory observances gradually shaped out of a long developing tradition and imposed by that tradition on the individual talent who would translate a life into writing.” Through autobiographical writing, one’s memory “reaches tentacles out into each of three different ‘times’ – the time now, the time then, and the time of an individual’s historical context.”

A biography is also clearly not an autobiography, and Gusdorf wants us to appreciate the important differences. “Since he who writes of someone who is at a distance or dead, the biographer remains uncertain of his hero’s intentions; he must be content to decipher signs, and his work is in certain ways always related to the detective story. On the other hand, no one can know better than I what I have thought, what I have wished…No one can better do justice to himself than the interested party, and it is precisely in order to do away with misunderstandings, to restore an incomplete or deformed truth, that the autobiographer himself takes up the telling of his story.”

Gusdorf also marks the distinction between a journal and autobiography. A journal records one’s “impressions and mental states from day to day, fixes the portrait of his daily reality without any concern for continuity.” Autobiography goes well beyond the writing of a diary due to the distancing from oneself that must be done in order to understand oneself across time. For Gusdorf, autobiography is one of the “means to self knowledge thanks to the fact that it recomposes and interprets a life in its totality.” In the recounting of a personal history, “I take the longest path, but this path that goes round my life leads me more surely from me to myself.”

There are those observers who have raised questions regarding works of autobiography. Some want to find or establish very constraining definitions of what autobiography is. Maybe it is merely the facts; the timeline. Others have espoused the notion of “fictions of the self,” that the text as written undoubtedly in the end has little to do with the author himself, and that the “I’s” credibility has been so worn away in modern society as to leave little upon which the story can be based.

Olney takes exception to these notions. What is wrong with these criticisms is that the auto  “has its reasons and its truth that neither reason nor a simple historical view of bios can ever know.” Olney wants us to know that autobiography is of critical importance to philosophy, psychology, and historians. The growing and special appeal of autobiography “is a fascination with the self and its profound, its endless mysteries.” An autobiography can ultimately generate a deeper truth than any mere historical facts could ever do. The very process of writing from the auto perspective means the “I” can “half discover” and yet “half create a deeper design and truth.”

Similarly, Gusdorf dismisses those who would argue that memories fail and that inaccuracies are bound to fill the pages of what is written.  First, the problems of memory are not insurmountable. Indeed, he values a “second reading of experience, and it is truer than the first because it adds to experience itself consciousness of it.” One must also cease judging the work of autobiography by the “precision of its detail.” Yes, autobiography is a work that contains facts and truths that can be checked. But it is also a work of art, and it is this artist perspective that is actually of most importance. As a work of art, a departure from the confines of mere facts frees the individual to paint a more useful and telling picture of his innermost being, and to “embrace more closely the always secret but never refused sense of [the author’s] destiny.”

For Gusdorf, autobiography is not merely about imposing chronological order and recounting the objective facts of a life. “The truth is not a hidden treasure, already there, that one can bring out by simply reproducing it as it is.” Rather, experiencing the autobiographical process can ultimately result in each person tapping into the deeper “meaning of his [or her] own mythic tale.” Reflection and reconstruction “bares the major lines that I have failed to notice, the demands of the deepest values I hold that, without my clearly being aware of it, have determined my most decisive choices.” In the end, autobiography becomes foremost a “task of personal salvation.”

In sum, an autobiography is about encompassing an entire life, looking back as far as one can go, coming to the present, and then organizing and compiling it as the author sees fit. In this way, an autobiography is different from a memoir, which lacks this level of scope and perspective. Generally speaking, a memoir looks at a segment of life and has an expanded emphasis on the interactions with and roles played by others. A journal or diary may be a useful source of material as one creates an autobiography, but again, lacks the long run perspective. Most importantly, autobiography can be about finding meaning, direction, and understanding. By becoming more conscious of the past we can alter the present and therefore presumably the future.